A national survey of 1,049 pet owners conducted by the American Animal Hospital Association indicates that the pet/human bond is stronger than most individuals would openly admit.

Of the survey respondents: 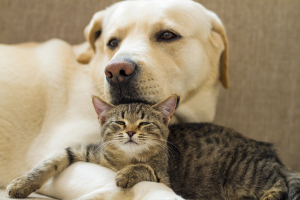 According to Dr. Clayton Mackay, AAHA board member, “Companion animals…are like permanent children. They make a place for themselves in the family by the very nature of their codependence. The fact that really strengthens the pet/human bond is the animal never moves beyond their dependence–and they’re never critical of us for anything we do.”